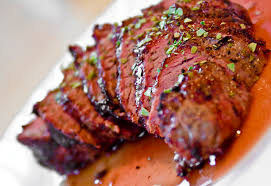 During the last days an alarm raised on newspapers and media: some kind of meat could cause cancer. Panic about food that is absolutely unfounded: the risks connected with the use of this food are far inferior to others. According to many studies, every year about 50 thousand die because of cancer caused by food. Far fewer of fatal cancers caused by smog (200 thousand), alcoholism (600 thousand) or cigarettes (smoking related deaths are a million). Yet no one has unleashed campaigns or has filled the newspapers of titles against smoking or against alcohol.

Just a few days later Europe – what a coincidence – authorized the consumption of foods such as insects, worms, spiders, algae and larvae. Again many people impressed, but with no reason: most of these foods are eaten in different parts of the world.
Many of those who were shocked by the new EU directive, should discuss about another “food” authorized. With insects and animal foods of various kinds, the Directive permit to consider “food” things completely created in the laboratory!
The European Council, with 359 votes in favor, 202 against and 127 abstentions, included in the “novel food” a simplification of procedures for foods based on cell cultures and tissues, new nanomaterials and dyes. The text of 1997 that contains food “allowed” has been updated with substances realized through chemical and biological industrial processing methods or technologies, such as primary molecular structure modified, foods consisting of, containing or produced from micro-organisms, fungi or algae, foods containing, consisting of or produced from cell cultures or tissues, minerals and other substances intended with complementary foods, foods that contain manufactured nanomaterials. “Parliament was not up to the concerns of Europeans,” stated representatives of the Greens.

The problem is that with this Directive, the European Council has made corporations a great gift allowing them and producing and selling as foods or ingredients something created from scratch in the lab or products with new methods and new technologies (such as, for example, cloning).
The problem is that instead of insects and algae whose edibility is well known, the situation is completely different for synthetic food: there is no evidence that they are eatable or even the consequences that they might have on people health.

Last possibility to avoid filling the dishes of chemicals is the final analysis of the European Food Safety Authority (EFSA). EFSA will have to evaluate new foods and new substances before they are placed in foods sold in the EU. A few weeks ago, about the insects, they said: “When the insects are fed unprocessed feed substances currently authorized, the potential occurrence of microbiological hazards is expected to be similar to that associated with other protein sources unprocessed. As to the transfer of chemical contaminants from different types of substrate as the insect the available data are limited.”
What will happen when they are entirely produced in the laboratory? Nobody knows the implications for human health, and to discover will be difficult, if not impossible. Something that clashes with the Council’s decision to “simplify” the authorization procedures.
The problem are not to find in our food insect larvae. The risk will be permit corporations to include in food they sell in supermarkets, substances that make it “more beautiful” or “more attractive”, but not necessarily healthier or, at least, harmless.

The truth is that now, waiting for the TTIP (and the problems it will cause), it will be easier for multinational companies to expand their market and sell artificial foods even where until now it wasn’t permitted.
A “step forward” imposed on Europe and people who olive there. That with wine without grapes, cheese without milk and chocolate without cocoa, will include in their diet laboratory products ….

The day before, mix the flour, the lard, the sugar, the cinnamon, the salt, the whole egg and the egg yolk and the wine. Mix quickly so as to obtain a smooth and homogeneous dough. Cover with plastic wrap and put it into the refrigerator.
Grease a baking tray or cover it with baking paper, then roll out the shortcrust pastry and make two discs. With the first one we’ll cover the pan to the edges, the other one it is necessary to close the pie.
Pour the caponata into the baking tray, then cover with the other shortcrust pastry disk, taking care to seal well the edges. Put into the oven at moderate temperature for about thirty minutes. Serve cold or tepid. 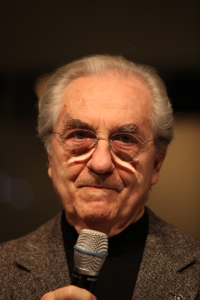 Italian food can be really simple to cook ….and very tasty…. This sicilian recipe is very old, it seems it has originated from the Albanians, who lived in Sicily before as farmers, then as an army. Some argue instead for the presence of jasmine and pistachio recipe has Arabic origins….. Ingredients: • A liter of juice of watermelon • 100-200 gr of sugar (depending on the natural sweetness of the juice) • 90 gr of wheat starch • Cinnamon powder to taste • Chopped pistachios taste • Chocolate chips • Some jasmine flowers. Cut into pieces watermelon and pass it up to extract a liter of juice. Strain the juice to remove seeds and pour it little by little in a pot, mixing wheat starch sieved until obtaining a liquid cream. Combine the sugar compound, place the pan on the stove over medium heat and stir carefully until the frost of watermelon do not thicken and take on a more intense colour (10-15 minutes). After that, remove it from the fire and put it into small cups or glasses. When it became cool enough, put on the surface chocolate chips, the chopped pistachios and one jasmine flower per cup. Cool the frost of watermelon in the refrigerator for as long as necessary to take more or less the consistency of pudding and ….eat it with your friends…..

Song of the week

VOICES FROM ALL OVER THE WORLD